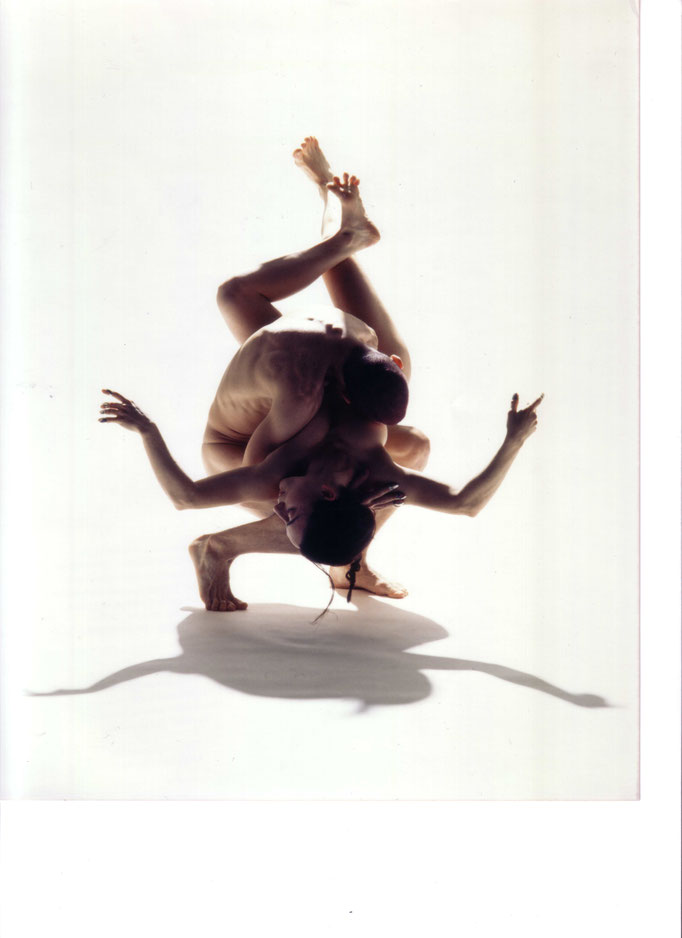 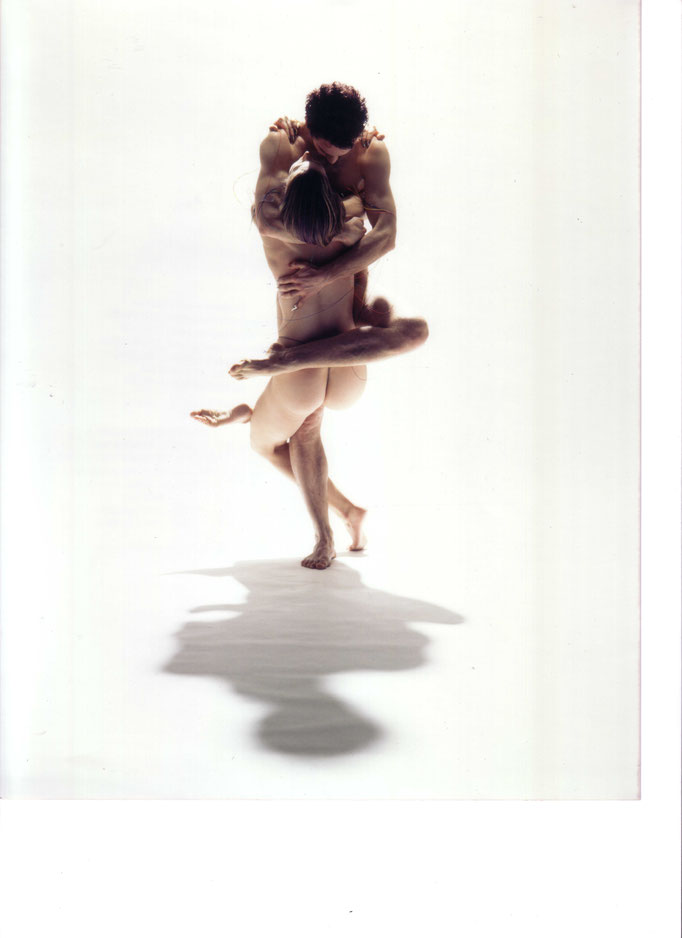 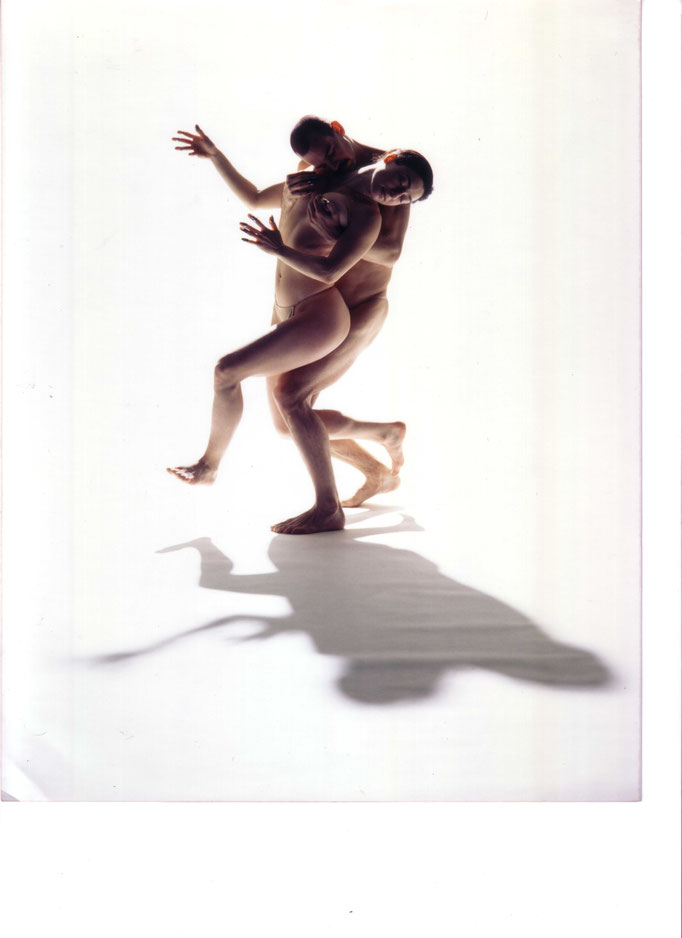 From one new choreography to the next, Marie Chouinard seeks a « spirit » born of the previous work. After The Rite of Spring (1993) that evoked the very moment life first appeared, bursting forth between heaven and earth, Marie Chouinard created L'Amande et le diamant, a carnal dance piece presented as an offering to the Other, a homage to the rich relationship with the Other that emerges from a horizon that is open to all possibilities. From the oneness thus born emerge a desire to multiply and a thirst to communicate, aspects that illuminate this dance piece imbued with a remarkable sensuality and intensity.

Like a constellation composed of incandescent duos, the choreography probes the encounter between the one and the other, between fire and delicacy, heat and moisture, male and female, the Almond and the Diamond. The dancers' bodies become fertile crucibles of an idea firmly anchored within, portraying a damp, lascivious world of vigorous movement hurtling through a highly sensual space. The dancers move with acute awareness of the space, of the trajectory and spatial repercussions of each gesture. In orchestrating a series of incendiary duos, Marie Chouinard turns each dancer into an oral and visual arborescence inscribed in time and open to the unknown.

For this lush, dense work, Marie Chouinard has called on the musical universe of Luciano Berio and combined it with real-time digital musical processing that she herself designed. Since The Afternoon of a Faun, created in 1987, Marie Chouinard has been pursuing the exploration of music created by «triggers». Each dancer is assigned specific tones, and as the dancers move they become triggers, generating music that corresponds to their movements and emotions. Performed live and orchestrated and linked on-site by a programmer to pre-recorded sounds, the soundtrack of L'Amande et le diamant leaves room in every performance for the magic of the moment.

With L’Amande et le diamant, Marie Chouinard once again reaches beyond the threshold of the known, seeking out the unpredictable. It is an ode to the Other, a gift to the universe.

A Compagnie Marie Chouinard production, co-produced by the National Arts Centre (Canada), the Banff Centre for the Arts (Canada) and the Festival Dance Canada, in collaboration with the Théâtre des Eskers (Canada)

« Her movement vocabulary takes basic impulses and urges and abstracts and magnifies them. Thus, her dancers possess extraordinary isolatory control of their bodies, being both sikily sinous and frenetically percussive (...) This is a wonderfully imaginative and realised work. » - The Courier-Mail, Brisbane, 1998

« This Montreal-based choreographer has created something here that stretches the boundaries of contemporary dance. Chouinard deserves a medal.»Michael Scott, The Vancouver Sun, 1996«By turns naughty, childish, sophisticated and brazen, L’Amande et le Diamant succeeds as a brilliantly self-contained work of unparalleled imagination. » - Deirdre Kelly, The Globe and Mail, Toronto, 1996