A small community, bonded by coded rhythmic transmutations, is journeying, dancing into a night full of "openings in the sky". To the Inuit (Eskimos), each star is a hole in the sky. From these borealic images around the myth of a furious and fertile goddess of the tides, Marie Chouinard gave birth to a dance poem which celebrates the human tribe.

Penetrated by the spirit of the North, inspired by its poetic language, obsessed with survival, sensitive to the cultural, emotional bonds of societies, this performance launches its quest for the ancestral beat, the original pulsating urge which has driven humankind since the dawn of time. In this performance, every object pulsates. Through the interlacing of birds in migration and wild dogs in packs, of muted voices and amplified breathing, Les Trous du ciel weaves a universe of emotions and jubilations wrapped in a richly textured sound environment created by the very life breath of the performers.

In this work, Marie Chouinard converges the different paths she has explored over the years and pursues her own particular usage of sound with which she has slowly familiarized her audiences. The dancers, equipped with hidden microphones, perform a partition of refined vocals simultaneously with their dance. This "sculptured text" is sometimes playful, sometimes solemn, and other times vibrant.

Under the holey sky, we participate in a celebration of the body, of the life which flows through it. It is a hymn to the ancient shimmerings which continue to play upon the faces of our vast contemporary tribe. Marie Chouinard has created a current of images, of stimuli related to the pole, the extreme edges of the planet where the Earth is in contact with the cosmos: a naked plain, footsteps of an isolated tribe evolving in solidarity, minuscule in the immense flood of light.

Ballet in one act 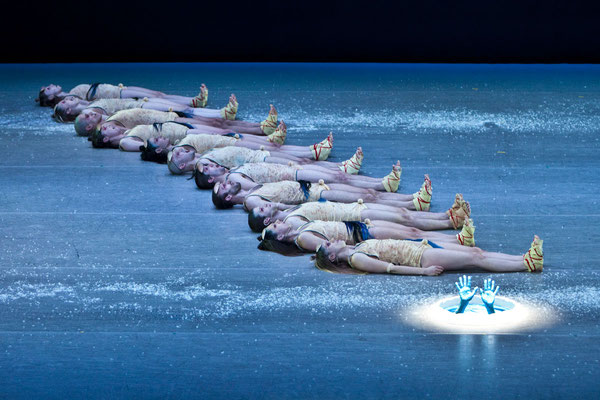 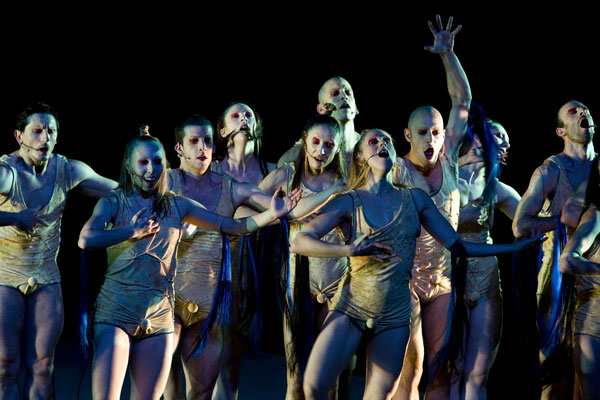 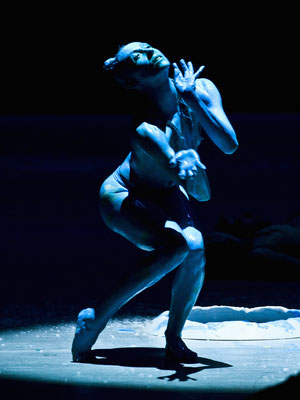 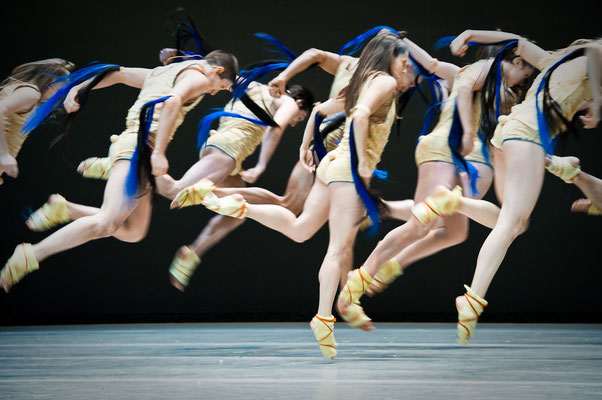 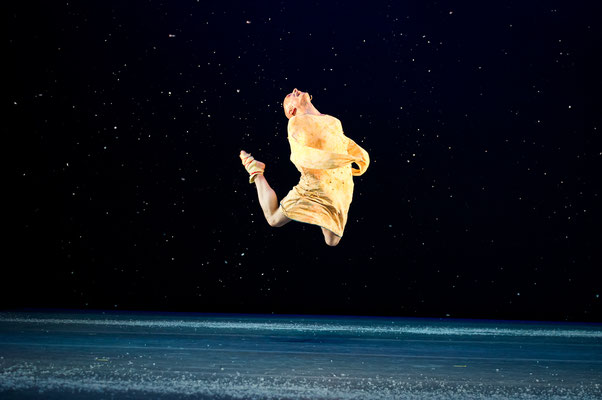 « ... As usual, there is no plot to her method, merely a sequence of startling incidents, evoking archetypal situations [...] It doesn't reproduce reality, it goes behind surfaces to give visual shape to the feelings animating reality [...] There is no one in Canadian dance quite like Marie Chouinard, no one who so explicitly connects breathing with moving, on one whose imagery owes less to the outward look of things. She is an original. » - William Littler, The Toronto Star, 1991

« ... Even without Chouinard on the stage, Les Trous du ciel announces her name and temperament with every gesture [...] Chouinard with a group' gains new resonance [...] she has taken control of her playing space, now so different with so many bodies in it [...] the overriding impression is one of limitless expanse [...] Another thing that has crept into Chouinard's work here is the notion of the supernatural. The choreographer was not the only invisible presence at last night's show : gods were hovering around Les Trous, receiving tributes and measuring fates. » - Robert Everett-Green, The Globe and Mail, Toronto, 1991

« ... sound-and-movement at its most essential [...] Chouinard invented a movement vocabulary that didn't seem to refer to anything other than the human body [...] I was constantly pressed to invent new metaphors [...] a radical new way of being human [...] unleash the body from its conventional postures, gestures, noises and uses ... » - Lynn Jacobson, American Theatre, États-Unis, 1991