the afternoon of a faun

In her approach to this revolutionary Faun, Marie Chouinard chose to draw on the spirit of Nijinski’s creation. She thus preferred to immerse herself in Adolphe Meyer’s photographs of Nijinski’s performance rather than in the choreographic notations of the time. She created a dance of flat and horizontal profiles which, like the original choreography, recalls ancient Egyptian frescoes and the bas-reliefs of Greek vases. In this solo work, the seven nymphs of the 1912 performance become dreamlike presences, symbolized by seven beams of light. While working on this choreography, Marie Chouinard also realized that Claude Debussy’s music did not fit her conception of the piece. She thus worked with Eddy Freedman to create a unique sound accompaniment. While dancing, she herself activates these sounds through sensors on her body, which are connected to sounds stored in a database.

Marie Chouinard is the third woman soloist to take on the role of the Faun, after Bronislava Nijinski (Nijinski’s sister) and Madame Akarova. With its syncopated gestures, animal-like energy, and sound environment, her choreography brings to life a Faun that is fiercely rooted in its time.

Created in 1987 and performed then by Marie Chouinard, Afternoon of a Faun today forms part of the retrospective of solo work entitled Les Solos 1978-1998. 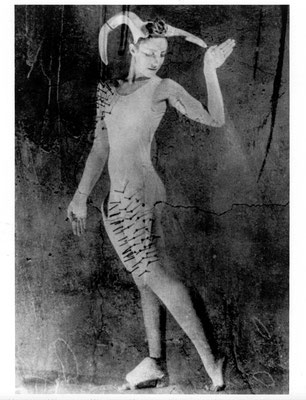 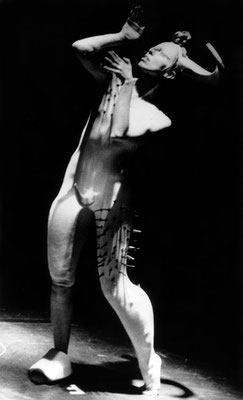 « ... instead of a dancer playing a Faun, there was a real live Faun. I still don’t understand how Marie Chouinard managed to convince this real live faun to appear before us. No human, be it dancer or otherwise, could move like this Faun did. People just don’t. (...) This Faun is a work of genius. Mesmerizing, raw and beyond any earthly thing I have witnessed. ”» - Teri McCollum, Freelance Dance Writer, San Francisco, 2009